While countries such as Australia, the U.K., and the United States all have lots to build on going into this year’s World Maternal Mental Health Day on May 2nd, Canada is still playing catch-up.

“In Canada, we are not yet doing anything,” Dr. Ariel K. Dalfen, head of thePerinatal Mental Health Program at Toronto’s Mount Sinai Hospital, told HuffPost Canada. Dalfen runs a telemedicine program to help improve access to psychiatric care for pregnant and postpartum women in Ontario.

“No politician is comfortable disclosing that they have been directly impacted by perinatal issues and like many mental health and women’s issues, they are not broadly publicized or demanding of political attention,” Dalfen said. 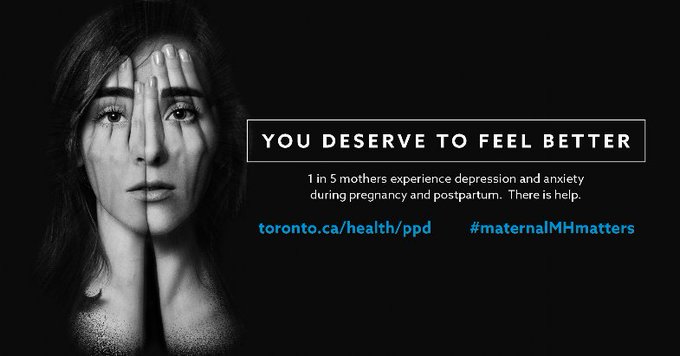 A group of moms and professionals are hoping to change that with the recent formation of the Perinatal Mental Health Coalition Canada (PMHCC), an umbrella group of advocates from coast to coast to coast calling on the federal government to develop a national strategy for maternal mental health.

“Canada is a wonderful country and I’m so grateful to live here but we as a country are failing new mothers,” PMHCC co-founder Claire Kerr-Zlobin told HuffPost Canada. “We need a national strategy on maternal mental health and we need it now. It’s time that as a country we take this illness seriously.”

HuffPost Canada spoke with Verinder Sharma, a maternal mental health researcher and professor of psychiatry and obstetrics and gynecology at Western University in London, Ont., and other experts about six ways Canada is failing moms with maternal mental illnesses:

“There is a lack of awareness among caregivers that disorders other than depression are also common after childbirth,” Sharma said.

Studies indicate health care providers may not detect perinatal depression, and although postpartum depression is the most widely known maternal mental illness, prenatal anxiety is more prevalent among the range of disorders including perinatal obsessive-compulsive disorder, bipolar disorder and psychosis.

Canada does not yet recommend screening for maternal mental illness whereas the U.S., Australia, and the U.K. all do.

“Accessibility of timely care and follow-up is a huge issue,” Sharma said.

“Failure to integrate maternal mental health care into general psychiatric care is an issue,” Sharma said. “This artificial separation of the two leads to discomfort among medical professionals about diagnosing and treating peripartum psychiatric disorders.”

In the U.K., national guidelines call for specialist perinatal mental health community teams. Canada does have a few maternal mental health specialist centres, but they are all located in urban centres such as Toronto, making it hard for women to access them.

“If a woman needs psychiatric admission in Canada, generally she is separated from her baby. It’s awful, whereas in Australia, New Zealand, and the U.K., they admit both mother and baby together and each have their own nurse to look after them.”

“There is a continued lack of research funding to study ways to improve the psychiatric care of women during and after pregnancy,” Sharma said.

The Ludmer Centre in Montreal hopes to change that along with Dr. Kieran O’Donnell, a prominent perinatal mental health researcher from the U.K. now living in Canada. The centre and O’Donnell hosted Montreal’s first ever symposium on maternal mental health on May 1st to mark World Maternal Mental Health Day.

“I was involved in a similar initiative when I was based in the U.K. and now I feel it is high time we get it started here,” O’Donnell told HuffPost Canada.

“Finally, there is a lack of appreciation of the need to study peripartum disorders in order to understand the etiology of certain disorders, especially mood disorders,” Sharma said.

An international review found an under-investment in research funding for maternal and perinatal health due to the “low political priority” given to women’s health.

Vigod is currently looking for women to participate in the largest international maternal mental health study to date on the genetics of postpartum depressionusing smart phones and DNA spit kits.

“We were very fortunate that the Women’s Mental Health Program saw promise in the idea of bringing this research study to Canada,” Vigod said.

Sharma believes Canada must work towards fixing the above six failings in order to begin the work of improving maternal mental health care.

“There is no period in a woman’s life when the saying that ‘there is no health without mental health’ is more true than the perinatal period.”