I’m talking about my postpartum depression symptoms, which have resurfaced once again as I wean my 18 month old from breastfeeding.

Hopefully, this time around, instead of shocking my family and friends by suddenly quitting my job and having religious delusions believing I have special healing powers, I’ll channel my lactation mania into working out and getting a make-over.

Lactation mania or mammary mania are medical terms for the onset of bipolar symptoms after the cessation of breastfeeding which, looking back, I clearly had after the abrupt weaning of my seven month old. 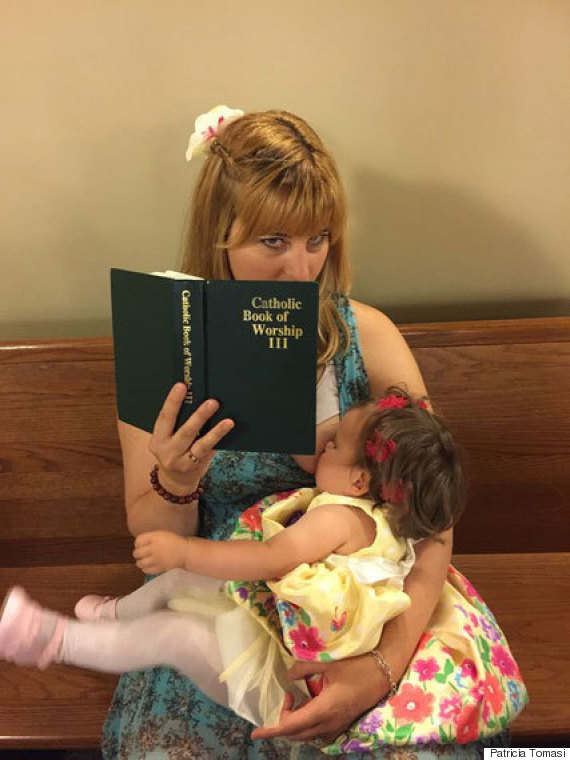 But this time, I’ll be much better off because: I’ve had it before so I know what to look for; and I’m making sure I get proper treatment.

Proper, however, in this case, might not be the best term to use.

“What can I say? It’s hormones,” says my family doctor. “We can either increase your medication or add in another one.”

There’s really nothing more she can say at the moment.

It’s not mentioned in the DSM-V, the latest edition of the Diagnostic Statistical Manual which doctors use to identify mental health disorders.

According to the 1988 report,“Weaning and Depression: Another Postpartum Complication”, published in the American Journal of Psychiatry, biological as well as psychosocial factors seem to have played a role, including the “hormonal readjustments following weaning and feelings of sadness or guilt caused by the loss of the early symbiotic bond between mother and infant.”

Despite these women’s experiences, they were considered to be rare events which could explain the lack of further studies.

But that was then.

And this is now.

Now, we have the Internet and social media and blogs and all of a sudden, postpartum depression and breastfed weaning is a thing and doesn’t seem to be so rare anymore.

Or so I thought.

According to the only other study done on the topic, a follow-up to the 1988 report, titled: “Case Study Revisiting the Association Between Breastfeeding and Postpartum Depression” published in the Journal of Human Lactation by Dr. Verinder Sharma of the University of Western Ontario in 2007: “Major depression limited only to the postlactation period as experienced by this patient does not appear to be a common phenomenon.”

The report also concludes, however, that: “Large-scale prospective studies, particularly in women with late onset postnatal depression, are required to clarify the relationship between weaning and the onset of postnatal depression,” and that “Cessation of breastfeeding should be considered as a factor in women who become depressed in close temporal association with weaning.”

What has been done to bring this issue to the forefront and help women who are suffering?

Dr. Sharma specializes in pregnancy and postpartum mood disorders. He is a professor of psychiatry and obstetrics and gynecology at Western University, a mood disorder expert at the Regional Parkwood Mental Health Institute in London, and an associate scientist in the division of maternal, fetal and newborn health at the Children’s Health Research Institute and Lawson Research Institute.

“There isn’t really any awareness about this issue,” he tells me. “People don’t really look for it and even when they may observe a woman becoming depressed after cessation of breastfeeding they don’t put two and two together and think that they may be linked.”

Dr. Sharma himself only became interested in the topic after finding it odd that one of his clients, who had no prior psychiatric history of any kind, suddenly began experiencing postpartum depression symptoms after weaning her child from breastfeeding. Since then, he has come across other cases, and is currently preparing a new study on lactation mania.

“I really think we need to take a hard look at the biological factors,” says Dr. Sharma. “It’s a very complex interplay of biological and psychosocial issues. We need more studies done.”

In the meantime, I’ll pop another pill and make myself a hair appointment.